Australia is opening up for immigration. Last year, the net migration to Australia set a new record high of 27 per cent compared to last year. Official records show 245,400 new persons immigrated to Australia in 2017.

Australia has staked claims to having the fastest pace in population growth among developed nations in the Organisation for Economic Co-operation and Development. Right now, Australia leads the pack with an annual growth rate of 1.6 per cent. This is more than double the rate at the US (0.7 per cent) or the UK (0.6 per cent) and above that of Philippines and Singapore (1.5 per cent).

Green Light can facilitate the application and guide you through the completion of the immigration process to Australia. 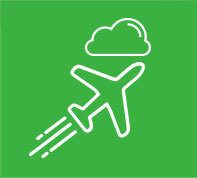